Microservices and microservices architecture are now the defacto standard for developing modern software. In response to the exponential rise in demand for digital services, software development practices must be fast, flexible, and scalable. Microservices fit the bill.

By building applications in small functional bits — rather than maintaining a monolithic codebase and resource pool — developers can keep pace with innovation. A 2020 survey found that 61% of organizations had been using microservices for a year or longer. Let’s take a deeper look at microservices and microservices architecture.

Microservices are small, flexible, modular units of software that fit together with other services to deliver full applications. This method of structuring, developing, and operating software as a collection of smaller independent services is known as microservice architecture.

Using a microservices approach, DevOps teams split services into functional APIs instead of shipping applications as one large, collective unit. API interfaces connect services with core functionality, allowing applications to communicate and share data. A collection of independent services working together to perform a business function make up an application.

One primary advantage of microservices: The DevOps teams responsible for developing and maintaining them are smaller, making the scope of each project more manageable.

Here are a few common features of microservices:

What is microservice architecture?

What is the monolithic approach?

Monolithic architectures structure software in a single tier. Like a stone pillar, the resulting product is large, uniform, and rigid. Monolithic software systems employ one large codebase (or repository), which includes collections of tools, SDKs, and associated development dependencies. There is nothing inherently wrong with building a service as a single application — it can be appropriate for many common use cases, such as automating a shipping label or charging a credit card. Giants like Google and Microsoft once employed monolithic architectures almost exclusively.

With monolithic architectures, components all coexist in a single deployment. One large team generally maintains the source code in a centralized repository visible to all engineers, who commit their code in a single build. These teams typically use standardized tools and follow a sequential process to build, review, test, deliver, and deploy code.

Problems arise when demand for the application grows or new requirements are added. Since monolithic software systems employ one large codebase repository — that includes collections of tools, SDKs, and associated development dependencies — the service becomes a behemoth piece of software that is labor-intensive to manage.
Even if one team built it, a year later, three separate DevOps and IT teams may be responsible for maintaining it.

It doesn’t take long for most organizations to find the monolithic approach too slow to meet demand and too restrictive for developers. This is true even in heavily regulated industries such as banking or government agencies. A massive codebase can also suffer from instability issues and bugs that can directly impact other shared systems.

As demand for services continually increases, and containerized applications are deployed across multi-cloud environments, organizations needed a more flexible, cohesive approach to designing and developing a distributed systems architecture.

One advantage to using microservices is that it gives developers more flexibility by allowing them to use whatever programming language or framework they prefer. This freedom of choice helps to prevent employee churn and the need for outsourced talent. Designated teams within an organization own various APIs and applications throughout their life cycles and become leading in-house experts on the technologies they develop.

On the deployment front, smaller teams can launch services much faster using flexible containerized environments, such as Kubernetes, or serverless functions, such as AWS Lambda, Google Cloud Functions, and Azure Functions. Accordingly, applications don’t have to wrestle over shared resources during runtime.

Here’s a brief comparison of a microservices approach versus a monolithic approach:

Benefits of a microservices architecture

Microservices architecture helps DevOps teams bring highly scalable applications to market faster, and it’s more resilient than a monolithic approach. In a monolith, one service failure simultaneously impacts adjacent services and causes performance delays or an outage. With microservices architecture, each service has clear boundaries and resources. If one fails, the remaining services remain up and running.

Here are a few other benefits of a microservices architecture:

Challenges of a microservices architecture

Reaping the benefits of a microservices architecture requires overcoming a few inherent challenges. For example, a long chain of service calls over the network can potentially decrease performance and reliability. When more services can make calls simultaneously, the potential for failure compounds for each service — especially when handling large call volumes.

Automated detection and testing can help to streamline and optimize these API backends and prevent potential IT downtime.

Here are some additional challenges that can arise with a microservices architecture:

What tools do you need to run a microservices architecture?

There is no set way to design a microservices architecture or mandatory set of tools needed to run it. However, there are a few core components that are commonly found in most systems using this architectural style. These include:

When developing a microservices architecture, these five best practices are helpful to include during all stages of the process.

How do you monitor microservices?

Effectively monitoring microservices involves having automatic and intelligent observability into all your cloud-native and container environments and every resource microservices interact with. This observability provides insight into the overall health of an application by evaluating the performance of each service providing a specific function. It can also give a comprehensive understanding of the availability and performance of each API transaction used to connect services, so anomalies can be detected in near-real time.

After deciding which monitoring approach is best suited to meet your business objectives and what metrics to measure, keep in mind the following goals:

Dynatrace delivers broad end-to-end observability into microservices and the systems and platforms that host and orchestrate them — including Kubernetes, cloud-native platforms, and open-source technologies.

Learn more and watch the magic in action at the on-demand webinar exploring PurePath, Dynatrace’s patented technology for end-to-end observability into microservices, serverless applications, containers, service mesh, and the latest open-source standards such as OpenTelemetry. 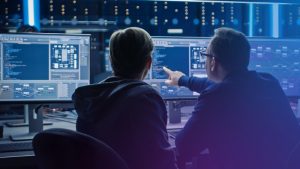 What is distributed tracing and why does it matter?

What is AWS Lambda?